Summary: For decades there has been a war between the ghost race and the human race, but when a new Ghost King arises the war suddenly stops. By the time Danny’s born, ghosts are no longer seen. The humans believe it is just the calm before the storm and therefore have spent the last ten years preparing new weapons and technology against the ghost race. The most important of their weapons is built by Jack and Maddie Fenton, leading experts in ghost hunting technology. The ghost portal they have developed is a sure way to finally gain access to enemy territory and finally destroy them. When said race discovers their rival’s intentions, they quickly decide to cut their plans short. Unfortunately, the events cause Jack and Maddie the life of their one month old son, Danny Fenton. In reality, the baby is found by the ghost king himself, Vlad Plasmius. This king however has a past that very few know about; what will Plasmius do with Danny when he discovers that the same series of events that make his parents believe he is dead, also made the child half ghost? Well thats where the story begins.

END_OF_DOCUMENT_TOKEN_TO_BE_REPLACED

The
alarm clock blared drawing Mandy from the spell of sleep. Urgh
she groaned pounding her fist on the snooze button. Five seconds
later her Aunt was pounding on the door Mandy! Get up Now!
Mandy grunted and rolled out of bed Alright Im up Aunt
Millie growled under breath and walked away from the door. Mandy
walked over to the dresser and pulled out a halter top and jean skirt
then got a pair of grey flats from her closet. She stripped out of
her PJs and put on the selected outfit. She went to the bathroom
and brushed her teeth and hair then grabbed her backpack and went
downstairs. Her Aunt and Cousin were already in the kitchen having
breakfast. Hello Aunt Millie said without looking up form her
plate Morning Mandy replied. She walked over to the stove where
the leftover eggs were. She spooned them on her plate and put two
slices of bread in the toaster. When her meal was finished she poured
herself a glass of orange juice and sat down.

END_OF_DOCUMENT_TOKEN_TO_BE_REPLACED

Disclaimer: I don’t Danny Phantom, but if Butch Hartman is willing to give it to me, I wouldn’t mind saying i actually OWNED DP. :)

“LILY! YOU ARE GOING TO BE LATE IF YOU DON’T COME NOW!!!” Danny screamed up the stairs.

“LILIAN DANIELLE FENTON! You DO NOT talk to your father like that! You are grounded for a week!! That means NO party on Saturday! END of discussion!!!’ Sam yelled out from the kitchen.

“I SAID END OF DISCUSSION!!!! Do you want 2 weeks?” Sam yelled louder.

“Then be quiet and get in the car! NOW, YOUNG LADY!” Sam yelled once more.

After Danny and Lily left, Sam went to the living room and picked up the phone.

END_OF_DOCUMENT_TOKEN_TO_BE_REPLACED

The Ghost Writer looked solemnly down at his long, boney fingers before curling them tight and releasing, a small habit he had acquired very early on during his never ending career and couldn’t help but use before the beginning of every sitting. He then stretched them outward, trying to work the kinks from his weary fingers in preparation. This time, there was no joking around. This time, the Ghost Writer repeatedly told himself, was strictly business. Nothing personal. Besides being his most dramatic and cold hearted, this manuscript was going to be his best work yet.

After all, he already had half of the payment, and, if he was to receive the rest, his new employer would expect nothing less.

Tiredly, the author sighed and powered up his keyboard. His wan complexion became even paler as he eyed the briefcase of money sitting at his feet and the weight of the decision to accept his employer’s proposition settled even further upon his already hunched shoulders. Was he really ready to do something so cruel to an enemy?

END_OF_DOCUMENT_TOKEN_TO_BE_REPLACED

ameliato2004:
Hi! I am new at this. This will be my first fanfiction. I felt that I
had read enough and because I had read all of your wonderful stories
that I was obligated to write one of my own. Dont worry I will
finish it eventually since I know how frustrating it can be to start
a story, only to find that the author never meant to finish it.
Please criticize me as much as you want I like to improve in anything
that I start. Im not very good at summaries. This story will take
place after Phantom Planet.

END_OF_DOCUMENT_TOKEN_TO_BE_REPLACED

Sam likes it when Danny takes her from behind 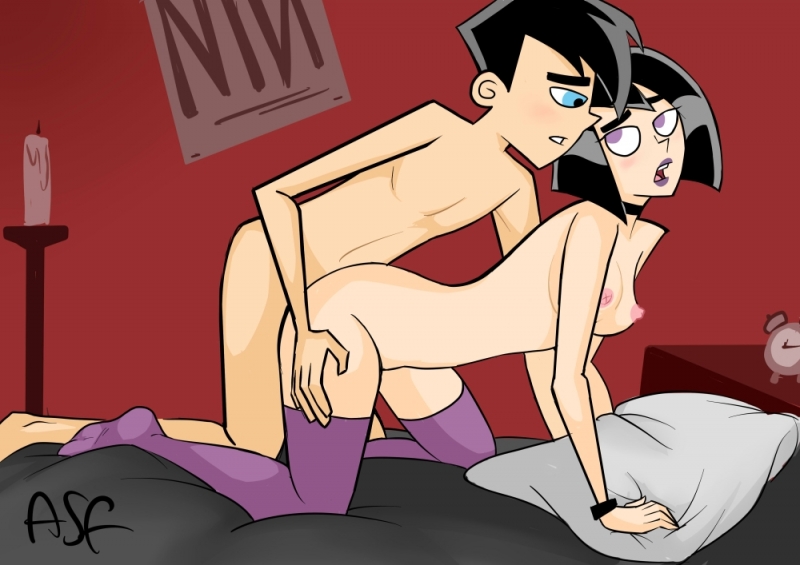 [DarkDP] Pretty Paulina: Danny pays a visit to Paulina in the middle of the night

A/N: Decided to put
my notes up here for once. It feels kind of funny. Humm

Well, I found this
little story in my scraps, and to my surprise found it complete. I
just did some editing and decided to post it up here. *realizes
something* Is this my first song fic?! *Looks around wildly* Holy
cow! Well this is long overdue!

Song: Walking
Her Home by Mark Schultzdont own.

I dont own Danny
Phantom either, but I think thats obvious by now.

He
knew he wasnt really there, but it felt like he was. Finding
himself on his feet was what gave it away. He hadnt been on his
feet in months. It felt good though. He also knew that their house
had been sold years ago, but he found himself standing in their old
room, decorated exactly the same way it used to be. And he
understood. It was his chance to say goodbye.

END_OF_DOCUMENT_TOKEN_TO_BE_REPLACED 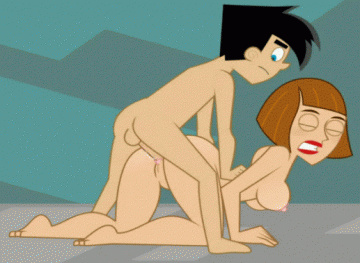 What! Danny
shouted back at his best friend. Or, in retrospect, one of his
best friends, not to mention who he had a crush on.

Sam froze when she saw
his facial expression. What happened to you.

Is the city on
fire?

Why didnt you say
so? And why didnt my ghost sense go off? Danny yelled.

He transformed into his
ghost form, his raven black hair turning white; his ice blue eyes
turning an electric green; his t-shirt and jeans turning into his
black and white suit with the big D logo on it.

Sam said, Plasmius
is in the Nasty Burger.

Danny looked at her.
You went to the Nasty Burger?

Tucker and I were
there,